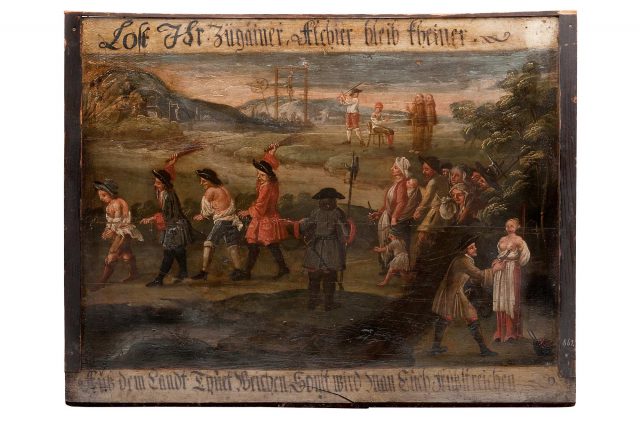 03 | In the 18th century in particular, prohibition signs aimed at ‘gypsies’ were set up at border crossings throughout the empire as conspicuous warnings designed to deter. They were a drastic illustration of the sort of draconian punishments that would be meted out to ‘gypsies’ should they unlawfully trespass on the relevant territory. This particular warning sign from the 18th century depicts flogging and branding as well as various forms of capital punishment.