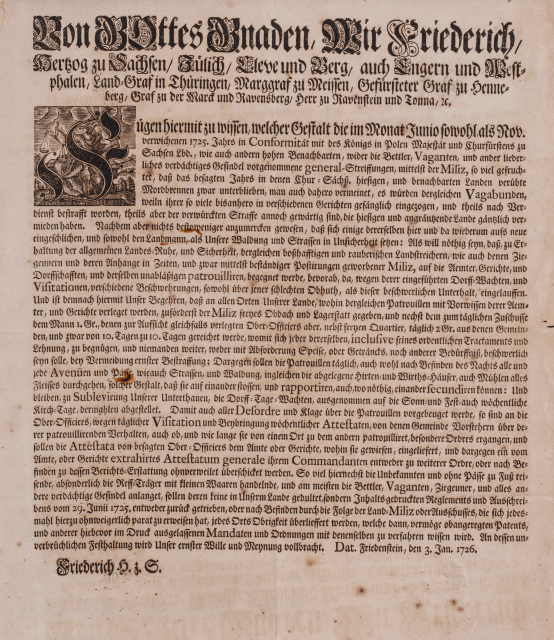 02 | In this edict from 1726, Frederick II, Duke of Saxe-Gotha-Altenburg, informed his subjects of their duties towards the patrolling militias charged with driving ‘beggars, vagrants, gypsies, and all other suspect rabble’ from his lands. These ‘Streiffungen’ – i.e. organised hunts or forays against people regarded as foreign and undesirable by the authorities – were also conducted on a regular basis in other territories. In some instances they consisted of military operations that lasted several days and involved hundreds of soldiers.