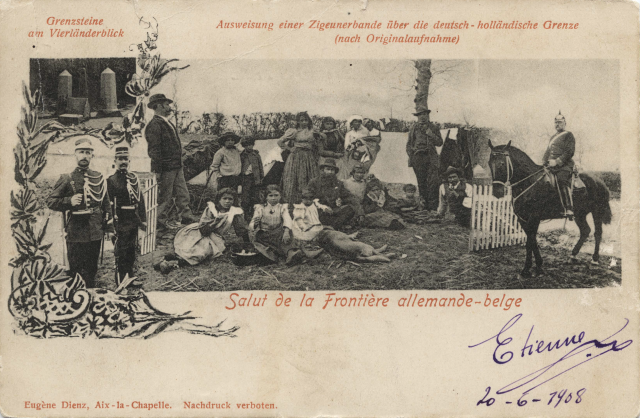 03 | From the beginning of the 20th century, Germany’s federal states issued numerous provisions aimed at ‘combating the gypsy nuisance’. They were directed in particular at ‘foreign gypsies’ crossing the country’s borders in an uncontrolled manner. Any ‘gypsies’ caught were deported to neighbouring territories by the police. This postcard is a photomontage that depicts one such ‘expulsion’. Staged scenes such as these were designed first and foremost to show off the police forces, portraying them as dependable guardians of Germany’s borders and guarantors of the state’s national interests.