The Nazi genocide perpetrated on the Sinti and Roma is unparal­leled in the centuries-old shared history of these minorities and the majority in society. And yet, the crime itself was not without pre­conditions. Indeed, an attitude of prejudice and resentment towards the Sinti and Roma is deeply rooted in European history.

Any attempt to portray the history of the Sinti and Roma faces the fundamental problem that all sources handed down to us have traditionally been one-sided. Nearly all the testimonies that have been preserved reflect the prejudiced and usually disparaging view adopted by the majority of society. Traditional images of the ‘gypsy’ play out across a spectrum that ranges from stigmatisation to romantic idealisation.

In the course of their social emancipation, the Sinti and Roma have countered the power of majority society’s gaze with their own view and their own history. Historical private and family photos belon­ging to the Sinti and Roma are therefore an integral part of this exhibition. These first-hand accounts portray people in their indivi­duality and personality, crucially counterbalancing the ‘gypsy’ clichés that continue to prevail to this day. 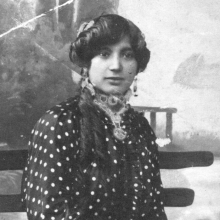 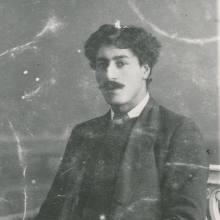 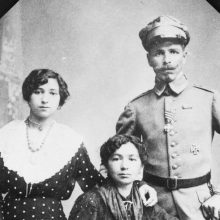 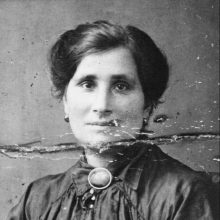 04.1 | The couple Martha and Wilhelm Ernst in the days of the German Empire. Wilhelm Ernst fought as a soldier in the First World War. two photos, both Documentation Centre Archives
04.1 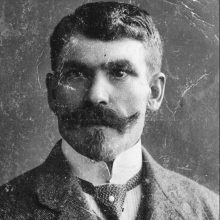 04.2 | The couple Martha and Wilhelm Ernst in the days of the German Empire. Wilhelm Ernst fought as a soldier in the First World War. Documentation Centre Archives
04.2 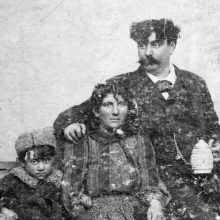 05 | Members of the Schmidt family. The husband fell in the First World War; the little girl was later murdered at Auschwitz. Documentation Centre Archives
05 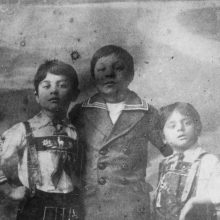 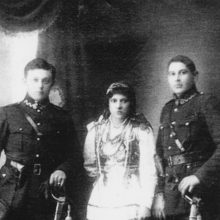 07 | Jozef Piasny (right), sergeant in the Polish army, with his wife and a friend Association of Roma in Poland
07