The violence against Sinti and Roma reached a horrific climax with the series of ten racially motivated attacks on Hungarian Roma in 2008 and 2009. Six people fell victim to the murders, including a four-year-old boy. A total of 55 people were injured, five of them seriously. As with the NSU murders in Germany, the police initially conducted its investigations within the victims’ community. But in fact the perpetrators stemmed from the extreme right-wing milieu. They threw petrol bombs at the houses of the Roma and shot at people as they fled. One woman was summarily executed in her bed with bullets to the head.

In August 2013 the Budapest District Court sentenced the three principal offenders to life imprisonment for jointly committed murder and other crimes. One accomplice was sentenced to thirteen years in prison for aiding and abetting. The sentences have since been upheld in final instance.

In the course of the investigations it emerged that, until 2008, the Hungarian secret service had had two of the accused under surveillance for right-wing extremist activities. The offender convicted as an accessory even worked as an informant for the military secret service, but he did not pass on his knowledge of the meticulously planned murders. The responsibility of the secret service was not addressed at the trial. The Hungarian public showed little interest in the victims’ fate. 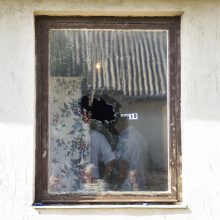 01 | In Kisleta, 250 km east of Budapest, the perpetrators shot at the building’s residents through a window. A 45-year-old Romani woman, Maria Balogh, died during the attempted murder on 3 August 2009; her 13-year-old daughter was serious injured. picture alliance/dpa, photographer: EPA MTI/Attila Balaz, photo no.: 15268401
01 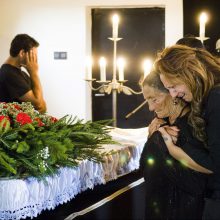 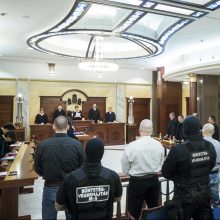 03 | Sentencing in the appeal proceedings against the offenders in Budapest on 8 May 2015 picture alliance/AP Photo, photographer: Balazs Mohai, photo no.: 58156208
03