Camp section B II e at Auschwitz-Birkenau: the ‘gypsy camp’

Camp section B II e, referred to as the ‘gypsy camp’ by the SS, was part of the Auschwitz-Birkenau extermination camp. It comprised twenty barracks on either side of the main road inside the camp. In the so-called ‘residential barracks’ up to one thousand people were crowded together on three-storey wooden bunks. There were also ‘function barracks’ such as the sick-bay and the orderly room. This entire section of the camp was surrounded by an electrified barbed wire fence.

By early April 1943 more than 12,000 Sinti and Roma had arrived at the ‘gypsy camp’. The first mass gassings took place in March and May 1943, during which more than 2,700 men, women and children were killed using Zyklon B poison gas.

Daily life at the camp was characterised by the torture and terror meted out by the SS, carrying out hard labour on totally inadequate food rations, and the catastrophic hygiene conditions. The inmates had to look on helplessly while members of their family starved to death or succumbed to the inevitable outbreaks of diseases such as typhus. Almost ninety per cent of a total of 23,000 inmates at the ‘gypsy camp’ died there. Babies born at the camp and infants had virtually no chance of survival. 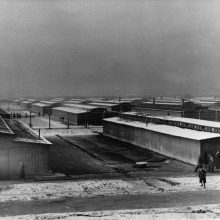 01 | View of the wooden barracks in camp section B II a in Birkenau. The camp section B II e can be seen in the background. The picture is one of the few surviving contemporary photographs of B II and gives an impression of the size of the camp area. The construction and layout […]
01 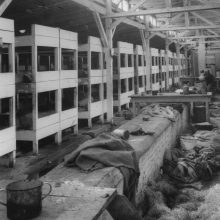 02 | View inside one of the barracks, taken after the liberation Archives of the Auschwitz-Birkenau State Museum
02 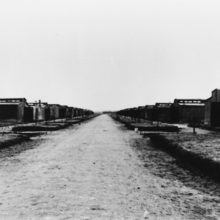 03 | View of one of the camp roads in Birkenau, taken after the liberation Archives of the Auschwitz-Birkenau State Museum
03 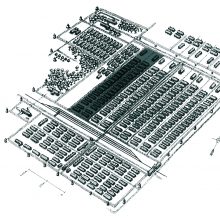 04 | Plan of the camp complex at Birkenau (Auschwitz II), with the ‘gypsy camp’ highlighted
04 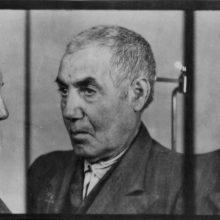 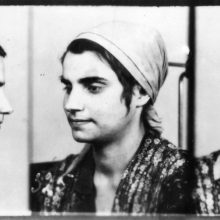 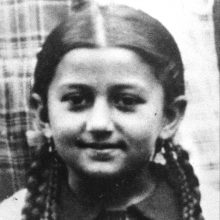 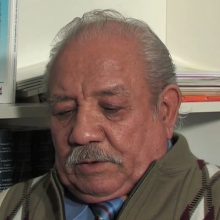 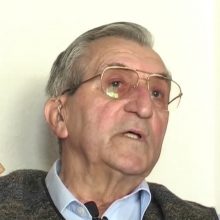 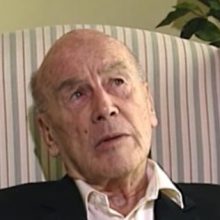 09 | Interview with Hermann Langbein (1912–1995) Hermann Langbein was a political prisoner at Dachau, Auschwitz and Neuengamme. Born in Vienna, he was a co-founder of the International Auschwitz Committee in 1954. He played an instrumental role in the Frankfurt Auschwitz trials and published important books on Nazi-crimes.
09 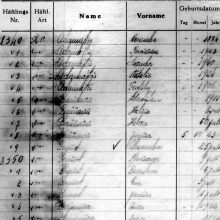 10.1 | A double page from the women’s ‘Hauptbuch’ [‘general ledger’] at the Auschwitz-Birkenau ‘gypsy camp’. The names are those of the victims of the murder operation carried out on 25 May 1943, during which more than 1,000 Sinti and Roma were murdered in the gas chambers. The abbreviation ‘Gest. SB’ stands for ‘Gestorben. Sonderbehandlung’ […]
10.1 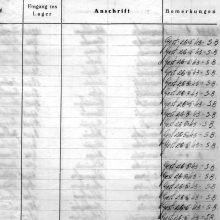 10.2 | A double page from the women’s ‘Hauptbuch’ [‘general ledger’] at the Auschwitz-Birkenau ‘gypsy camp’. The names are those of the victims of the murder operation carried out on 25 May 1943, during which more than 1,000 Sinti and Roma were murdered in the gas chambers. The abbreviation ‘Gest. SB’ stands for ‘Gestorben. Sonderbehandlung’ […]
10.2 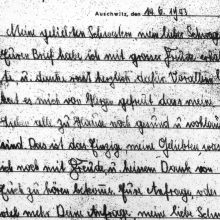 11 | Letter from Rosine Reinhardt from Auschwitz-Birkenau dated 14 June 1943, censored by the SS. The twenty-year-old died shortly afterwards from the inhumane living conditions at the ‘gypsy camp’. ‘Don’t worry about me, everything will be all right. Don’t fret – soon we will all be together again. After all, even this must come […]
11 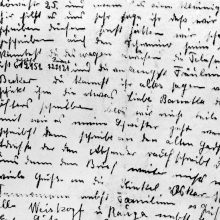 12 | Letter smuggled out of the Auschwitz-Birkenau ‘gypsy camp’, written by a German Sintiza. It contains a coded reference to the atrocious conditions at the camp. Somewhere in the middle it says: ‘Special greetings from Baro Nasslein, Elenta and Marepin’: these are Romani words (the language of the Sinti and Roma) for ‘widespread disease, […]
12 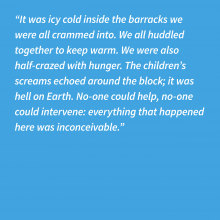 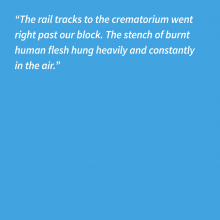 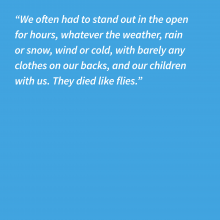 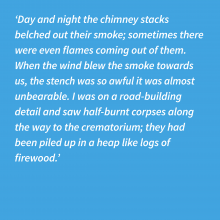 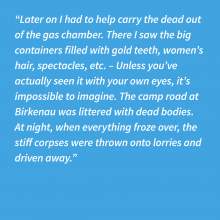 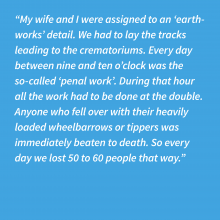 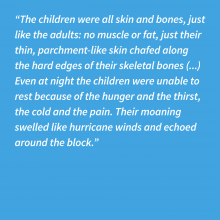 19 | Lucie Adelsberger, who was forced to work as a prisoner doctor at the ‘children’s block’ of the ‘gypsy camp’
19