In the German Empire and the Weimar Republic, the authorities gradually established a Sonderrecht, or special legislation, directed against ‘gypsies’. Entry and settlement bans and increasingly strin­gent restrictions on trading activities gradually deprived families engaged in itinerant trading of their means of economic subsis­tence, which in turn inevitably led to marginalisation and crimina­lisation.

Bavaria played a leading role in this regard. In 1899 the Munich Police Directorate set up a separate intelligence department speci­fically for matters relating to ‘gypsies’. Modern criminological meth­ods that included photographic records and fingerprint archives were to provide the basis for the comprehensive monitoring and registration of all ‘gypsies’. The Nazis would later be able to tap straight into this body of collated police data. 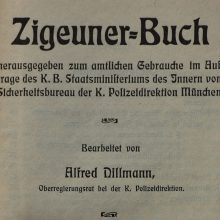 01 | Alfred Dillmann, head of the ‘Zigeunerzentrale’ [‘Gypsy Central Office’] that was established at the Munich Police Directorate in 1899, published the ‘Zigeunerbuch’ [‘gypsy register’] in 1905. The register was intended for official use and printed in an edition of 7,000 copies. Its principal aim was to assist the police authorities in identifying ‘gypsies’. […]
01 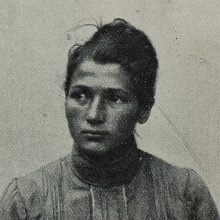 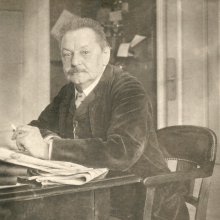 Alfred Dillmann (1849–1924) was head of the ‘Zigeunerzentrale’ [‘Gypsy Central Office’] until 1912 and, in that capacity, rose to the rank of deputy police director. Munich Municipal Archives, Sign.: NL DIL 002 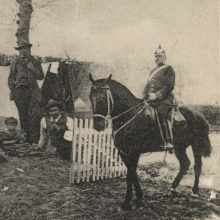 From the beginning of the 20th century, Germany’s federal states issued numerous provisions aimed at ‘combating the gypsy nuisance’. They were directed in particular at ‘foreign gypsies’ crossing the country’s borders in an uncontrolled manner. Any ‘gypsies’ caught were deported to neighbouring territories by the police. This postcard is a photomontage that depicts one such […] 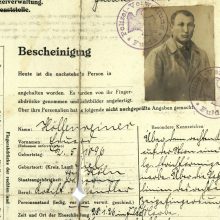 The introduction of special IDs was an important instrument for the registration and monitoring of ‘gypsies’ by the police. This official ‘certification’, which the holder had to carry on them at all times, contained personal details (including those of the spouse, children and parents) as well as a photograph and fingerprints. First introduced in Baden […]