Oskar and Vinzenz Rose: trailblazers of the civil rights movement

The first initiatives by the Sinti and Roma in the Federal Republic of Germany that were aimed at politically organising the minority were launched by the brothers Oskar and Vinzenz Rose. In 1956, they founded an interest group of people of non-Jewish faith who had been persecuted on racial grounds. It was followed in 1971 by the Central Committee of the Sinti of West Germany, established by Vinzenz Rose (which later became the Association of German Sinti). Initially, these early associations had little public resonance. 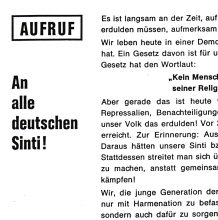 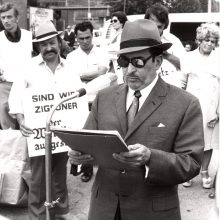 01 | The first political rally by German Sinti was held in Heidelberg on 18 June 1973 in response to the shooting of 53-year-old Sinto Anton Lehmann by the police on 31 May 1973. The hundred or so demonstrators called for the police officer responsible to be sanctioned and for an end to discriminatory practices. […]
01 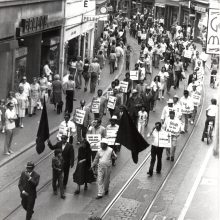 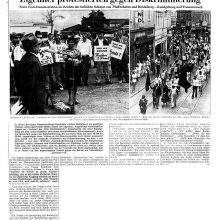 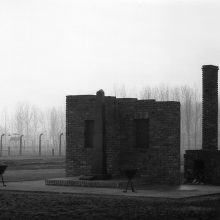 01 | In 1973 Vinzenz Rose used his own funds to pay for a monument to be erected on the grounds of the former ‘gypsy camp’ at Auschwitz-Birkenau. Its purpose was to commemorate all the Sinti and Roma who had been murdered there. Bricks taken from all the prisoners’ buildings located in this section of […]
01 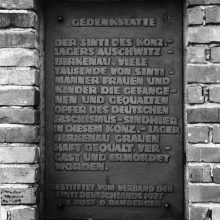