The invasion by German troops meant that the Nazis’ ‘racial policy’ was also extended to the conquered nations. Sinti and Roma were persecuted everywhere in the occupied territories, detained in camps, murdered on the spot, or deported to extermination camps.

Although the Holocaust was instigated by Nazi Germany, the fascist regimes allied with the Nazi state persecuted and murdered the Roma of their volition. In many instances the state bodies of the countries occupied by Germany were complicit in the preparation and execution of these crimes.

The network of concentration camps, execution sites and mass graves spread all across Europe. It is estimated that around 500,000 Sinti and Roma became victims of a policy of systematic extermination.

The map shows the main sites where the Holocaust was perpetrated on the Sinti and Roma in occupied Europe. It records all of the known concentration camps, extermination camps and other camps where Sinti and Roma prisoners were held. The actual number of camps and execution sites is far higher. The symbols refer to mass executions and deportations to concentration camps and extermination camps. Many mass graves remain undiscovered to this day. No-one knows the precise number and names of the victims. 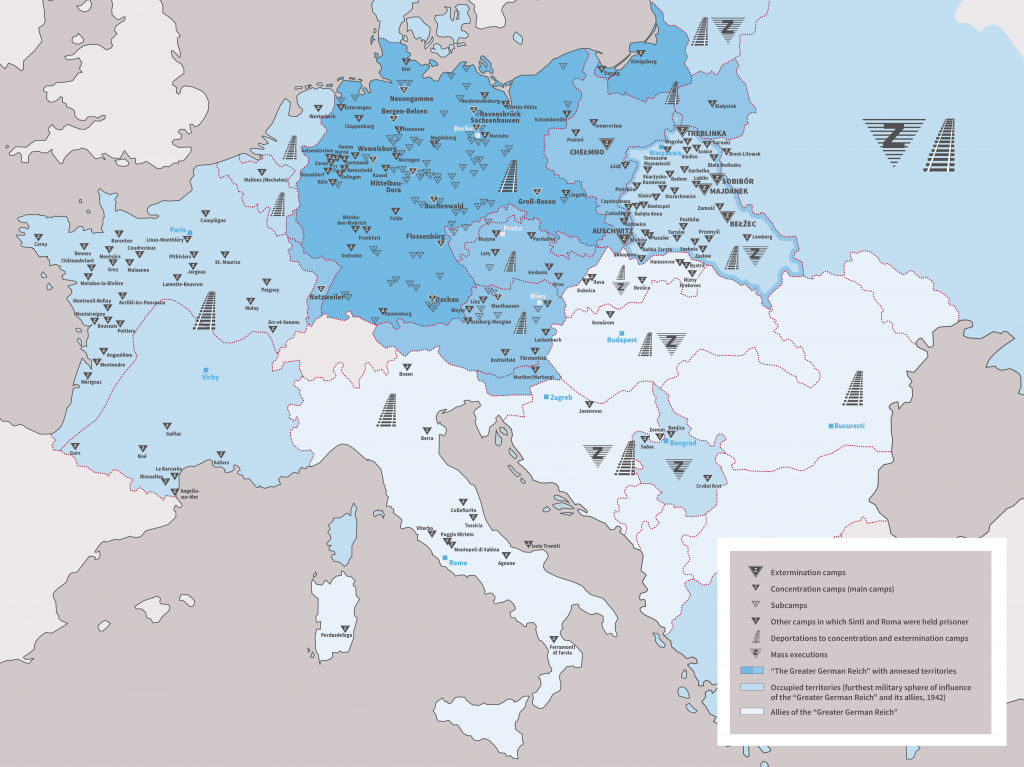