In 1936 Himmler became chief of the German police, which then merged with the SS. The Kriminalpolizei [Criminal Police] and the Geheime Staatspolizei [Gestapo] were amalgamated into the ‘Sicherheitspolizei’ [‘Security Police’].

In September 1939 the ‘Reichssicherheitshauptamt’ (RSHA) [‘Reich Main Security Office’] was established by merging the ‘Sicher­heitspolizei’ with the ‘Sicherheitsdiens’t (SD) [‘Security Service’] of the Nazi Party. This centre of power at the heart of the SS state under Reinhard Heydrich was responsible for the persecution and extermination of millions of people. The main office responsible for bureaucratically organising the genocide of the Sinti and Roma was Amt V (Reichskriminalpolizeiamt) [Department V (Reich Criminal Police Department)]. Answerable to the RSHA were the comman­ders of the ‘Einsatzgruppen’ [‘death squads’] that operated behind the eastern front and carried out systematic mass executions of Jews, Roma, Communist functionaries and other groups identified as ‘enemies of the Reich’. 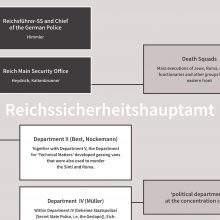 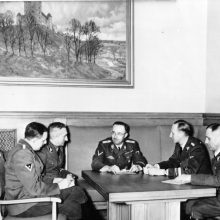 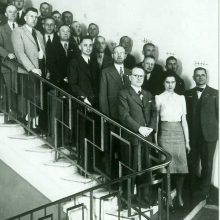 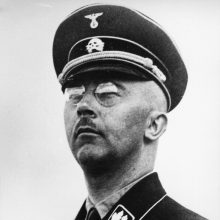 04 | As Reichsführer-SS and Chief of the German Police, Heinrich Himmler (1900–1945) was one of the main people responsible for the genocide of the Sinti and Roma. Federal Archives, photo 102-15282 (detail), photographer: Georg Pahl
04 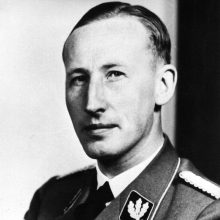 05 | As Chief of the ‘Reich Main Security Office’ and in his capacity as Deputy Reich Protector of Bohemia and Moravia, Reinhard Heydrich (1904–1942) was centrally involved in the policy of extermination directed against the Sinti and Roma. Federal Archives, photo 146-1969-054-16, photographer: Heinrich Hoffmann
05 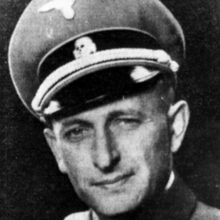 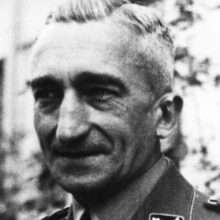 07 | Arthur Nebe (1894–1945) was Chief of Department V of the ‘Reich Main Security Office’, which played a pivotal role in the registration of the Sinti and Roma and their deportation to concentration and extermination camps. As commander of ‘Einsatzgruppe B’ [‘Death Squad B’], Nebe was also responsible for the murder of Roma in […]
07 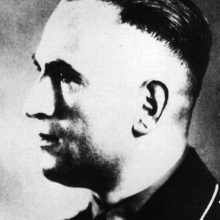 08 | Werner Best (1903–1989) was a leading theoretician and organiser of the SS and police apparatus. He was head of Department I at the ‘Reich Main Security Office’ (Administration and Law, later renamed Department II). Federal Archives, RuSHA, W. Best
08 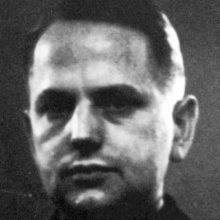 09 | Otto Ohlendorf (1907–1951) was head of Department III at the ‘Reich Main Security Office’; from June 1941 to June 1942 he was commander of ‘Einsatzgruppe D’ [‘Death Squad D’], which murdered thousands of Sinti and Roma in Ukraine and the Crimea. Federal Archives, RuSHA, O. Ohlendorf
09 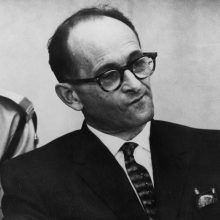 10 | Adolf Eichmann during his trial in Jerusalem in 1961. His complicity in organising the genocide of the Sinti and Roma constituted a separate charge. Photo No.: 10009864 bpk
10 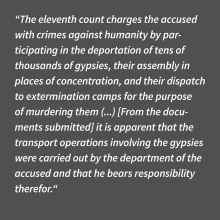 11 | From the sentence passed against Adolf Eichmann
11