After the Second World War, only a few hundred Sinti and Roma were living in the eastern part of Germany, which was under Soviet administration until the German Democratic Republic (GDR) was founded in October 1949. Many members of the minority had gone across to western Germany to look for surviving relatives.

In the Soviet Occupation Zone and the GDR, any recognition as a victim of Nazi persecution and any award of compensation were predicated on the individual’s active involvement in resistance against the Nazi regime. The war against the Soviet Union was regarded as the worst crime committed by Nazi Germany, and communist resistance fighters were stylised as heroes. As ‘victims of fascism’ they were awarded pensions and other benefits. Initially, no grants were awarded to those victims of the Nazi dictatorship who were assumed not to have been actively involved in the resistance. Among them were Sinti and Roma as well as Jews.

The introduction in October 1945 of an extended option for compensation for the ‘victims of the Nuremberg Laws’, as they were known, opened up the prospect of benefits for those persecuted on racial grounds, too. However, this applied exclusively to Jews. Meanwhile, Jewish organisations supported the Sinti and Roma in their efforts to obtain compensation on the basis of their shared experience of persecution.

In May 1946, amendments were decreed to the practice of recognising ‘gypsies’ as victims of persecution in the Soviet Occupation Zone; this meant that persecuted Sinti and Roma were now able to submit petitions for compensation. However, the procedures themselves were subject to a number of constraints that bore clearly antigypsyist traits. Indeed, to be recognised as ‘victims of fascism’, Sinti and Roma had to provide evidence of permanent residency and stable employment. Moreover, the ‘victims of fascism’ were seen as role models for society as a whole and were required to demonstrate behaviour in keeping with the socialist state ideology. There were instances where Sinti and Roma lost their recognition as ‘victims of fascism’ and their entitlement to the relevant benefits because it was imputed that they were not sufficiently involved in helping to establish a socialist society.

The culture of remembrance in East Germany was shaped by the ‘anti-fascist struggle’ that underpinned the legitimacy of the new state and played a key role in public commemoration. The Nazi genocide of the Jews was marginalised as a crime alongside the many others committed by the ‘Third Reich’. By contrast, the genocide perpetrated on the Sinti and Roma was ‘forgotten’, as a Sintiza made clear in a letter to the ‘Wochenpost’ magazine in the mid-1960s: ‘And yet no-one gives any thought to the fact that we, too, suffered all sorts of hardships, that the earth at Auschwitz and other camps was turned red by our blood, too. Why have we been forgotten in this way?’

It was only in autumn 1986 that a stone commemorating the murdered members of the minority was consecrated at the cemetery in the Berlin district of Marzahn, not far from the grounds of the former concentration camp for Sinti and Roma. This first memorial site for the Sinti and Roma in the German Democratic Republic was due to the many years of dedicated effort on the part of the civil rights campaigner Reimar Gilsenbach. Another memorial initiated by Gilsenbach for the Sinti and Roma victims of Magdeburg was only completed in late October 1998, after the fall of the Berlin Wall. It is situated in the immediate vicinity of Magdeburg Cathedral. 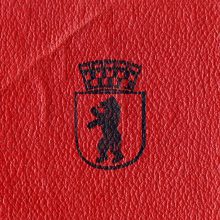 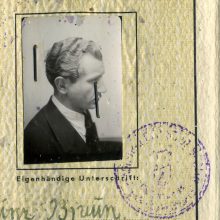 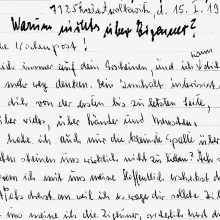