On 16 May 1944 the SS were planning to murder the Sinti and Roma who were still living at the ‘gypsy camp’ by gassing them in the gas chambers. The prisoners found out about the operation and armed themselves with stones and tools. They barricaded themselves inside the barracks and, initially, they were able to ward off the threat of extermination.

After ‘selections’ by the SS, around 3,000 Sinti and Roma were deported to other concentration camps in the Reich in spring and summer 1944. Their labour was to be exploited by the German armaments industry pending their final extermination. Around 4,300 inmates stayed behind in Auschwitz-Birkenau, mainly the elderly, women and children. Despite desperate resistance, they were all murdered in the gas chambers during the ‘liquidation’ of the ‘gypsy camp’ on the night of 2 August 1944. 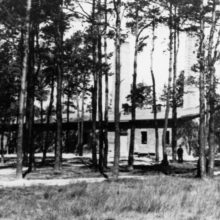 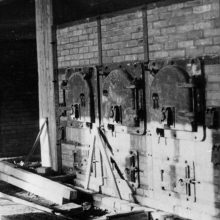 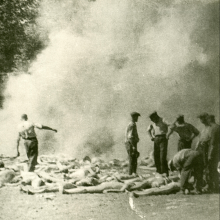 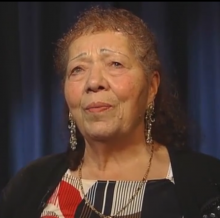 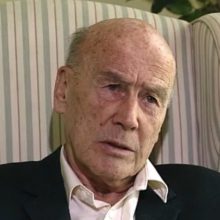 05 | Interview with Hermann Langbein (1912–1995) Hermann Langbein was a political prisoner at Dachau, Auschwitz and Neuengamme. Born in Vienna, he was a co-founder of the International Auschwitz Committee in 1954. He played an instrumental role in the Frankfurt Auschwitz trials and published important books on Nazi-crimes.
05 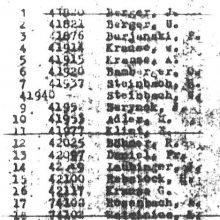 06 | On 26 September 1944, two hundred Sinti and Roma (most of them children and adolescents) at Buchenwald concentration camp were transported to Auschwitz for extermination. With the exception of two survivors, they were all gassed to death two weeks later. Buchenwald Memorial Archives/public domain
06 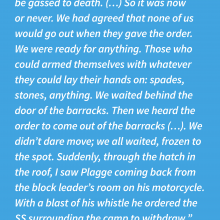 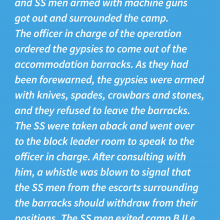 07.2 | Calendar of events at Auschwitz-Birkenau, based on the report of the Polish political prisoner Tadeusz Joachimowski
07.2 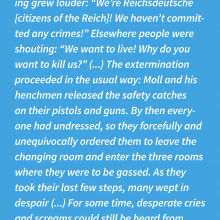 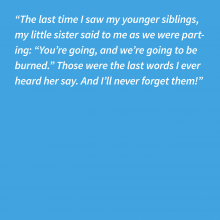 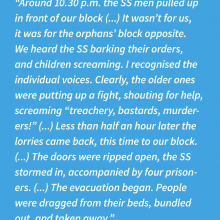 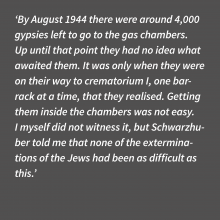 08.4 | From the autobiographical notes of Rudolf Höss, commandant at Auschwitz, taken in Poland following his arrest
08.4 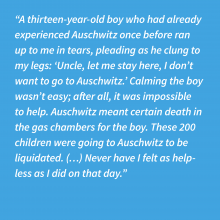 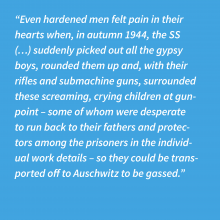