Stepping out from the shadows: the civil rights movement of the German Sinti and Roma

In the face of ongoing discrimination, the German Sinti and Roma began to organise themselves politically. From the late 1970s onwards, the emergent civil rights movement succeeded in drawing attention to its objectives both nationally and internationally through a number of high-profile campaigns. During this phase, the Society for Threatened Peoples and its chairman, Tilman Zülch, played an important supporting role. After decades being marginalised from society, representatives of the Sinti and Roma were now assertively demanding their civil rights. Pivotal to this trend was the cultural and political shift that occurred in West German society in the 1970s. 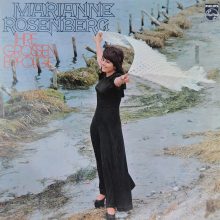 01 | The famous vocalist Marianne Rosenberg comes from a German Sinti family. Her father Otto Rosenberg survived Auschwitz-Birkenau and other concentration camps; he was co-founder and long-standing chairman of the Berlin-Brandenburg State Association of German Sinti and Roma. For a long time Marianne Rosenberg avoided talking in public about belonging to the Sinti minority […]
01 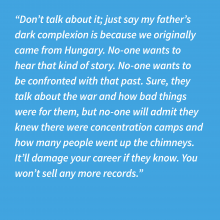 02 | Marianne Rosenberg in her autobiography Kokolores
02 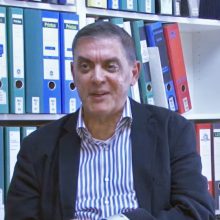 Statement from Romani Rose Romani Rose, chairman of the Central Committee of German Sinti and Roma in an interview with Jan Selling on 14 June 2016. 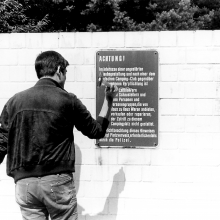 In July 1979 Romani Rose, chairman of the Association of German Sinti, staged a protest to draw attention to a discriminatory sign that denied ‘travellers’ access to a campsite (Grosswelzheim near Aschaffenburg). The seemingly neutral German term ‘Landfahrer’, or ‘travellers of the roads’, was also used by the authorities and was a substitute for the […] 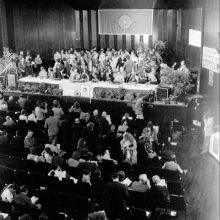 01 | The third World Romani Congress, organised by the Society for Threatened Peoples, was held in Göttingen in April 1981. It was attended by 300 delegates from 28 countries. Romani Rose (following photograph, on the right wearing a tie) attended the Congress in his capacity as chairman of the Association of German Sinti. Documentation […]
01 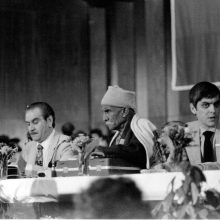