After 1945 many high-ranking officials from the SS and police apparatus carried on working in the newly established ‘Landfahrerzentralen’ [‘central offices for travellers of the roads’] at state police offices. There they resumed the racist Sondererfassung [discriminatory registration] of the Sinti and Roma first carried out by the Nazi state. In compensation proceedings they issued statements about their erstwhile victims, referring to the Nazi files in the process. To cover up their own role within the Nazi extermination machine, they reinterpreted the deportations of entire families as supposed ‘crime prevention’ measures.

As a socially disenfranchised minority, the Sinti and Roma survivors had nothing with which to counter these networks of erstwhile perpetrators, who issued testimonies that exonerated one another. Most Sinti and Roma withdrew to the protective sanctuary of their own communities.

The continuity of personnel and the enduring effect of the racist ‘enemy stereotypes’ of the ‘gypsy’ had a lasting impact on how society treated the Sinti and Roma in the early days of the Federal Republic of Germany. The government’s actions were determined by a deeply ingrained antigypsyism which, unlike antisemitism, was not condemned in any way, despite the rebirth of democracy in Germany. 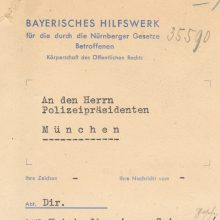 01.1 | By the end of 1945 the Munich police headquarters still had a ‘Department for Gypsy Issues’, and it was staffed in part with the same personnel as during the Nazi regime. Josef Zeiser, the police commissioner mentioned in the document (incorrectly denoted as ‘Zeisser’), had accompanied the deportation train containing Munich Sinti families […]
01.1 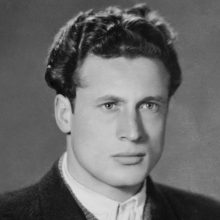 01.2 | Josef Köhler prior to his deportation to Auschwitz-Birkenau, which he survived. He recognised Josef Zeiser while visiting the police station in Munich in December 1945. Documentation Centre Archives
01.2 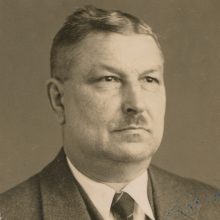 01.3 | August Wutz was appointed head of the Munich ‘Department for Gypsy Issues’ in late 1938 and organised the deportation of Munich Sinti and Roma to Auschwitz-Birkenau in March 1943. The photo was probably taken in the 1930s. Munich State Archives, Personalakten 19692
01.3 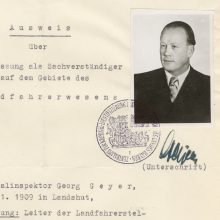 02 | In 1952 Georg Geyer was head of the ‘office for travellers of the roads’ at the Central Office for Criminal Identification and Police Statistics of the State of Bavaria, the predecessor to the Bavarian State Criminal Police Office. During the Nazi regime he had worked for the criminal police in Augsburg and Bromberg, […]
02 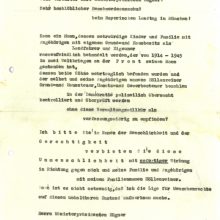 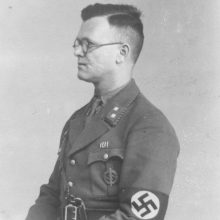 04.1 | The photo shows Paul Werner during the Nazi era wearing the uniform of the Nazi Party. Within the ‘Reich Main Security Office’, Paul Werner last held the rank of SS-Oberführer. As a proponent of the thesis that criminality was congenital, he was instrumental in formulating the concept of ‘preventive crime fighting’. This was […]
04.1 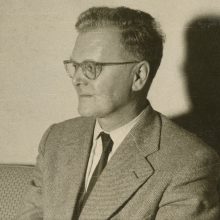 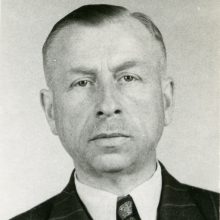 05 | Adolf Scheufele, the former head of the ‘Department for Gypsy Issues’ at the Stuttgart criminal police headquarters, had been a member of the Nazi Party since May 1933. At the denazification proceedings he was classified merely as a ‘Mitläufer’, or ‘follower’. Although he had played an important role in the deportation of the […]
05 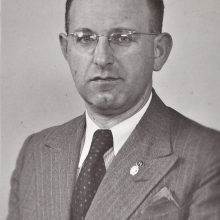 06.1 | Wilhelm Supp joined the Nazi Party and the SS in 1933; he last held the rank of Hauptsturmführer. In February 1941 he was seconded to the ‘Reich Main Security Office’ by the Nuremberg criminal police where he worked in a senior position for the ‘Reichszentrale zur Bekämpfung des Zigeunerunwesens’ [‘Reich Central Office for […]
06.1 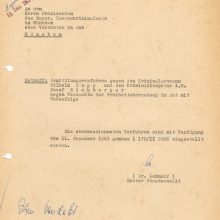 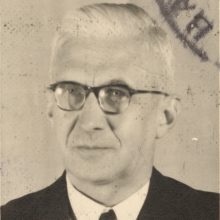 07.1 | Hanns Eller, who had held a senior position in the Nazi police, returned to police duties in 1948 after a two-year period of detention. In 1950 he moved to the Bavarian State Criminal Police Office, where he headed the search and trace department. He was succeeded by Wilhelm Supp. BayHStA, LKA 781
07.1 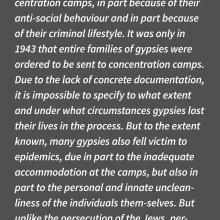 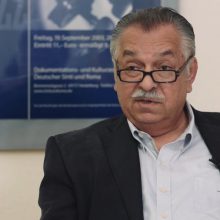 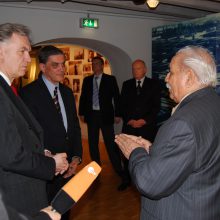