Many of the Sinti and Roma who survived the concentration and extermination camps were denied compensation for the injustices they had suffered. Their ill health was not seen as a direct consequence of persecution. For those on whom it was inflicted, forced sterilisation meant a lifetime of trauma and yet, in the eyes of the authorities and their medical experts, it was not recognised as warranting compensation.

Whenever claims for compensation were submitted by the Sinti or Roma, former perpetrators from the ranks of the SS and police apparatus would be summoned as experts. It was not uncommon for survivors to then come face to face with those officials who had been instrumental in their persecution and deportation. And in many instances the medical opinions also reflected the racist attitudes and mindsets of the Nazi era. 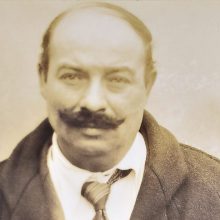 01.1 | Police photo of Heinrich Bernhard Pfisterer prior to his deportation to a concentration camp Federal Archives, R 165/52
01.1 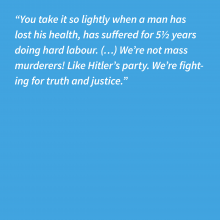 01.2 | Letter from Heinrich Bernhard Pfisterer of Heiligenbronn to the Baden-Württemberg State Office for Compensation, dated 18 February 1951
01.2 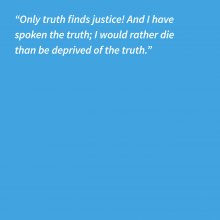 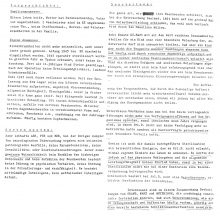 02 | Excerpt from a medical opinion from 1954 drawn up for a Sintiza’s compensation proceedings. Deported to Auschwitz-Birkenau aged 13, she was forcibly sterilised, contracted typhoid and fell seriously ill as a result. Despite her operation and illness she was forced to carry out the heaviest of hard labour; two of her siblings were […]
02 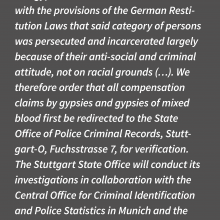