On 16 December 1942 Himmler ordered the deportation of all Sinti and Roma families. Their destination was the Auschwitz-Birkenau extermination camp. A short time later, the relevant orders were issued for Austria, the Białystok district, Alsace and Lorraine, Luxembourg, Belgium, and the Netherlands.

From February 1943 some 23,000 Sinti and Roma were deported to Auschwitz-Birkenau, the vast majority of them from the Reich territory. Crammed into completely overcrowded freight cars, many did not survive the ordeal of a journey that lasted several days. On their arrival at Auschwitz-Birkenau, they were registered in separate ledgers according to gender. They then had a ‘Z’ and a number tattooed on their arm or, in the case of small children, on their thigh.

Co-operation between the SS and police apparatus and the German National Railways as well as other state agencies was seamless. The landed property and assets of the deported Sinti and Roma were seized for the account of the German Reich. 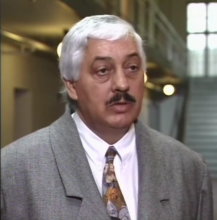 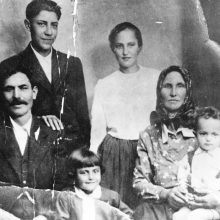 Members of the Kier family of Czech Roma before their deportation to Auschwitz. Of the original ten-member family, only three children survived the Holocaust. Museum of Romani Culture, Brno; photographer unknown 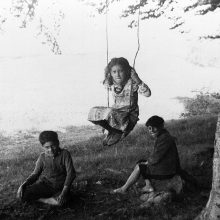 01 | Sinti children from Dreihausen (near Marburg) in summer 1942. A few months later they were deported to Auschwitz. Documentation Centre Archives
01 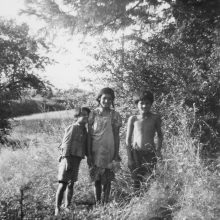 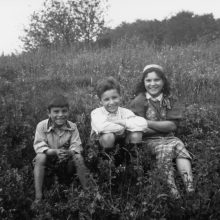 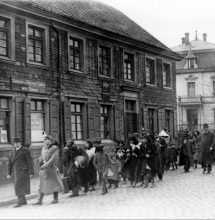 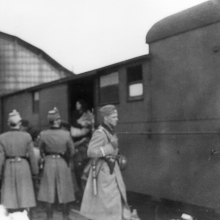 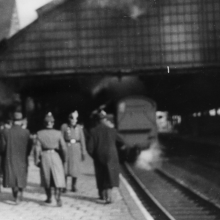 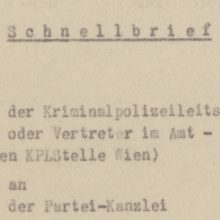 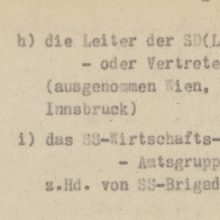 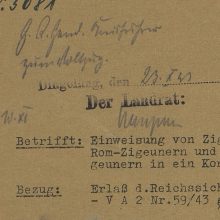 01 | Instruction from the Munich ‘Department for Gypsy Issues’ to the district administrator of Dingolfing regarding the deportation of Sinti and Roma to Auschwitz-Birkenau, 23 February 1943 Landshut State Archives, Rep. 164-3 Nr. 1857
01 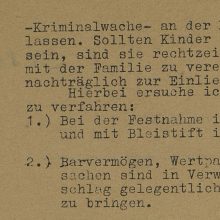 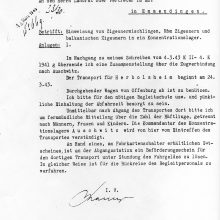 ‘(…) I enclose a timetable of the train service to Auschwitz (…) I request that the necessary escort, etc., be provided and the departure times be observed punctually’ 01 | Letter from the Karlsruhe Criminal Investigation Department dated 10 March 1943 regarding the transport of Sinti and Roma from Herbolzheim to Auschwitz, with timetable enclosed Baden-Württemberg […]
01 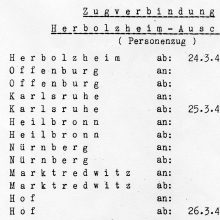 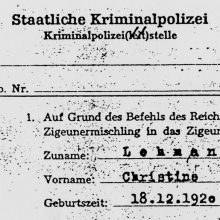 ‘Pursuant to the order issued by the Reichsführer-SS on 16.12.1942, the gypsy of mixed blood referred to below is to be transferred to the gypsy camp (Auschwitz concentration camp)’ Letter from the Essen Criminal Investigation Department on the deportation of Christine Lehmann to Auschwitz, April 1943 LAV NRW R, BR 1111 No. 44 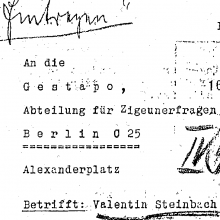 ‘The gypsies Valentin Steinbach and Peter Frolian each occupied a shop in my house at Markusstr. 16 in Berlin (…) As a result of the arrest or deportation of these families, the rent for March has not been paid (…) I therefore kindly request the reimbursement of the rent for March in the total amount […] 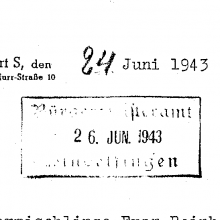 ‘The aforementioned were transferred to a concentration camp on 16.3.43 and their assets (…) seized.’ Letter from the Stuttgart Gestapo to the Mayor of Sindelfingen: ‘Re: commercial exploitation of the real estate of gypsies of mixed blood’, 24 June 1943 Sindelfingen Municipal Archives 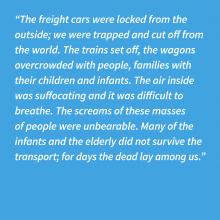 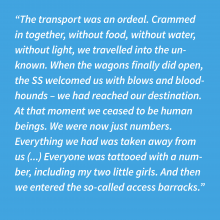