In August 1941 the Soviet territory between the Bug and Dniester known as Transnistria, which was now occupied by the armed forces, was put under Romanian civil administration. In summer and early autumn 1942, the fascist regime of dictator Antonescu, who was allied with Hitler, ordered the deportation of around 25,000 Romanian Roma to Transnistria; more than half were children. According to estimates, 11,000 of the deportees fell victim to hunger, cold, and diseases. 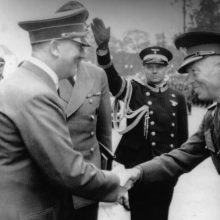 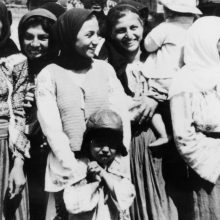 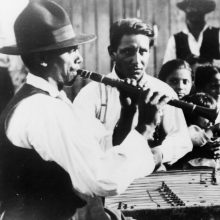 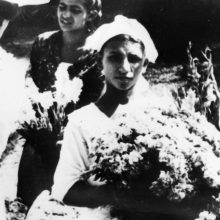 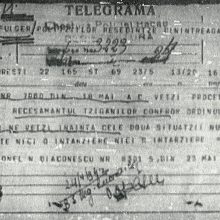 04 | Telegram from Bucharest to all police stations in the town of Bacǎu dated 23 May 1942. It contains the instruction to carry out a ‘gypsy census’ on 25 May 1942 and to forward the lists of names. United States Holocaust Memorial Museum
04 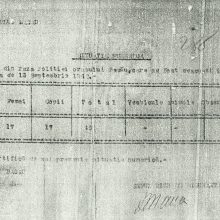 05 | The number of Roma deported from Bacǎu to Transnistria on 13 September 1942, categorized according to men, women and children United States Holocaust Memorial Museum
05