Mano Höllenreiner was deported from Munich-Giesing to Auschwitz-Birkenau aged nine, along with his parents and siblings. From there he was sent to the men’s camp in Ravensbrück and later to Sachsenhausen concentration camp. At the end of the war, after the camp had been cleared out by the SS, liberated French prisoners found the exhausted and distraught twelve-year-old staggering along a country road. They took him back to France, where he ended up in the care of a foster family in Paris. Mano was so traumatised he would not divulge his name, and so, for the French authorities, his identity remained unknown. For a long time Mano’s relatives in Germany had no idea where he was, so they put out a missing persons report. In the end, a UN aid organisation was able to identify him based on the prisoner number tattooed in Auschwitz. In December 1946 Mano finally returned to Munich to be reunited with his parents and his sister, all of whom had also survived.

In the book for young adults published in 2008 entitled ‘Der Junge, der nicht wusste, wo er war’ [‘The boy who didn’t know where he was’], author Anja Tuckermann tells the life story of Mano Höllenreiner, who for a long time suffered from the trauma of his persecution and was only able to speak about his experiences in the camps much later on. In February 2013 he was awarded the Order of Merit for his dedication as a contemporary witness. 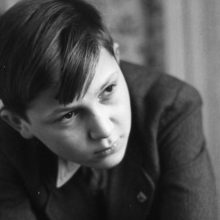 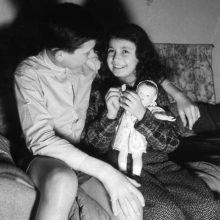 02.1 | Mano with his sister Lili, his parents, and other relatives Documentation Centre Archives
02.1 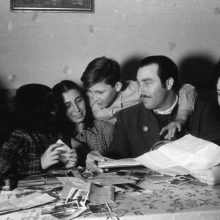 02.2 | Mano with his parents and relatives. Documentation Centre Archives
02.2 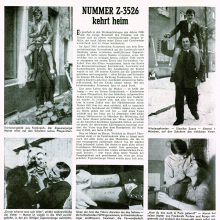 03 | Feature article on Mano Höllenreiner’s return to his Munich family in a magazine published by the US military government ‘Heute’, No. 12, dated 15 January 1947, p. 12; reproduction: Munich Documentation Centre for the History of National Socialism
03 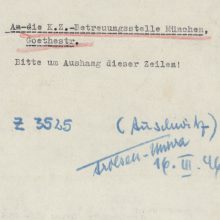 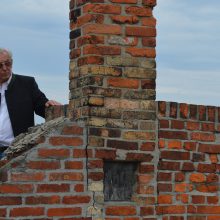