On 4 October 1940 the Commander-in-Chief of the Army ordered that ‘gypsies’ be ‘transferred to assembly camps’. Thereafter, thousands of Sinti and Roma were forcibly detained both in the part of France occupied by the Germans and the ‘free zone’ under the Vichy government. They were under the guard of the French police.

By order of the ‘Reich Main Security Office’ from 29 March 1943, hundreds of Sinti and Roma from Belgium and northern France were arrested that autumn and winter and taken to the assembly camp at Mechelen. On 15 January 1944 a transport with 352 Sinti and Roma left the camp bound for Auschwitz-Birkenau. 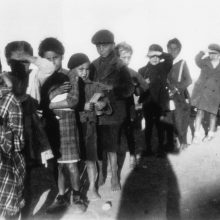 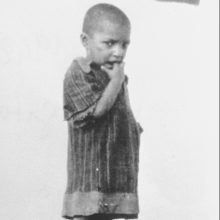 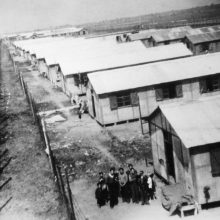 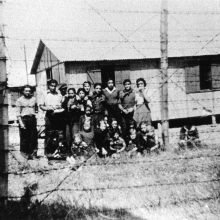 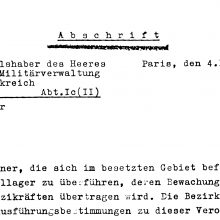