A twenty-year struggle for a dignified remembrance: the national memorial for the murdered Sinti and Roma at the Parliament building

On 24 October 2012 the Memorial to the Sinti and Roma of Europe Murdered under the National Socialist Regime was inaugurated in a solemn ceremony in the presence of Federal President Joachim Gauck and Federal Chancellor Angela Merkel as well as numerous survivors of the genocide. The memorial site designed by renowned artist Dani Karavan is situated between the Brandenburg Gate and the Reichstag [parliament] building. The political struggle over the precise location and concept for such a memorial had lasted more than twenty years.

With this central memorial site in the heart of Berlin, the Federal Republic of Germany emphatically underscores its own commitment to a particular historical responsibility towards the Sinti and Roma. 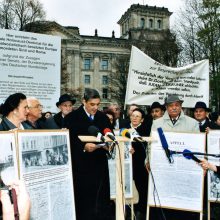 01 | Protest staged in front of the Parliament building by the Central Council of German Sinti and Roma at the handover of its petition of signatures for the memorial, May 2001 Documentation Centre Archives
01 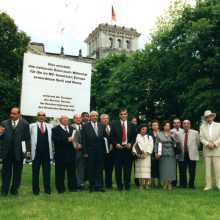 02 | Protest staged by the Central Council of German Sinti and Roma in front of the Parliament in Berlin in favour of a national memorial in remembrance of the Sinti and Roma murdered under the Nazis (November 2003). Numerous concentration camp survivors took part in the demonstration. Documentation Centre Archives
02 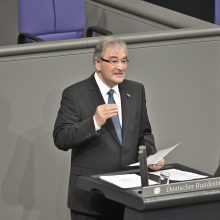 03.1 | On 27 January 2011, Zoni Weisz of the Netherlands was the first Sinti and Roma survivor to address the German Bundestag [federal parliament] on the official Holocaust Remembrance Day to the memory of the victims of Nazi Germany. His parents and three siblings were killed by the Nazis. He himself avoided deportation to […]
03.1 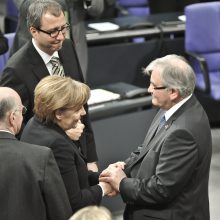 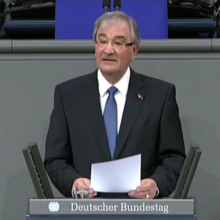 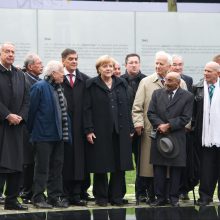 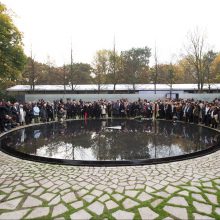 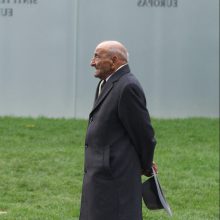 04.3 | Reinhard Florian, 89, on the day of the inauguration. As a Sinto with family roots in East Prussia, Reinhard Florian was one of the survivors who, for many years, had campaigned for the memorial. He died on 17 March 2014. Documentation Centre Archives, photographer: Jens Jeske
04.3 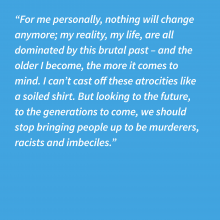 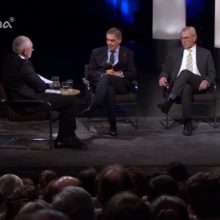 05 | Statement by Romani Rose, chairman of the Central Committee of German Sinti and Roma at an event at the Munich Volkstheater on 19 February 2017.
05