Hunger strike at the Dachau Memorial in 1980

A turning point in the civil rights work was the hunger strike staged by eleven Sinti and the Munich social worker Uta Horstmann at the Church of Reconciliation on the grounds of the former Dachau concentration camp during Easter 1980. The incident gained widespread coverage in both the national and international media. The strikers, who included three survivors of concentration camps, received a show of public solidarity on a broad scale. They called for society to reappraise the Nazi genocide perpetrated on the Sinti and Roma. They were particularly concerned with the whereabouts of the Nazi ‘gypsy files’ and the ongoing discriminatory registration of Sinti and Roma by the justice system and the police authorities. After seven days of the hunger strike, the Bavarian Ministry of the Interior finally relented and acknowledged publicly that any form of discrimination against the Sinti and Roma had to be abolished. 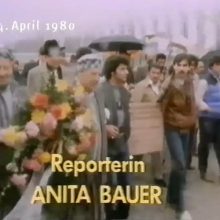 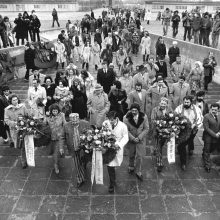 02 | Before the hunger strike got underway, members of the Sinti minority laid wreathes at the Dachau memorial to commemorate those who had been murdered there (4 April 1980). The survivors of the genocide demonstratively wore their old concentration camp uniforms. In the white coat in the first row is the chairman of the […]
02 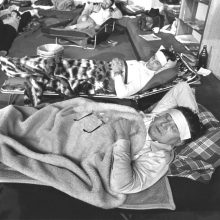 03 | The Sinti on the seventh day of their hunger strike on the premises of the Evangelical Church of Reconciliation; among them, concentration camp survivor Franz Wirbel (in the foreground), Jakob Bamberger (left, with the cloth on his forehead) and Hans Braun (at the back, on the right) Documentation Centre Archives
03 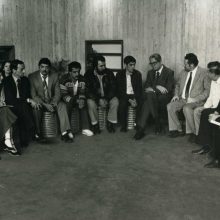 04 | Minister of Justice Hans-Jochen Vogel, who had arrived from Bonn to mediate, in conversation with the hunger strikers Documentation Centre Archives, photographer: Ursula Höhne
04 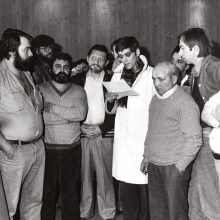 05 | Romani Rose reading a statement as the hunger strike was brought to an end. Documentation Centre Archives, photographer: Ursula Höhne
05 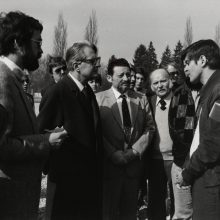 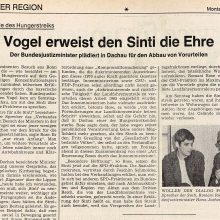 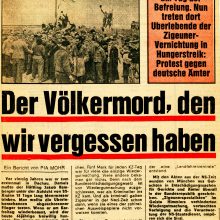 08 | tz article from 4 April 1980: ‘The genocide we forgot about’ Documentation Centre Archives
08 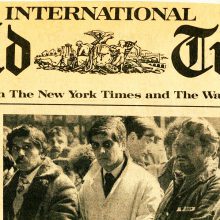 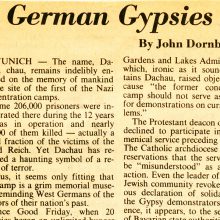 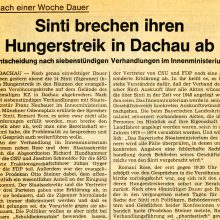 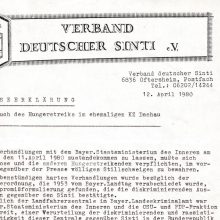 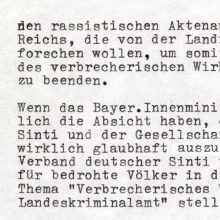 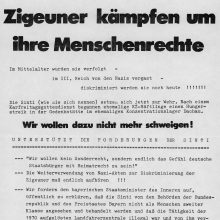