The Hungarian Roma had already been subject to persecution measures under the regime of Admiral Horthy, who maintained close relations with Hitler.

Once the fascist Arrow Cross Party seized power in Hungary in October 1944 with the backing of the armed forces and the SS, thousands of Hungarian Roma were arrested and sent to the Komárom camp. From there they were deported to concentration camps throughout the Reich territory. Even shortly before the end of the war, Roma in many towns in Hungary were still victims of executions. 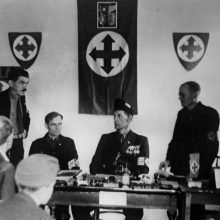 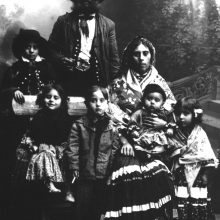 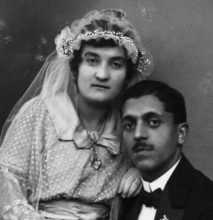 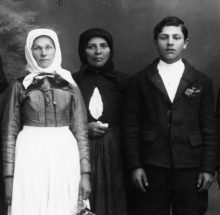 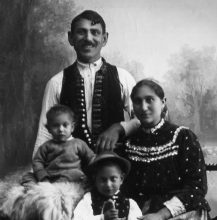 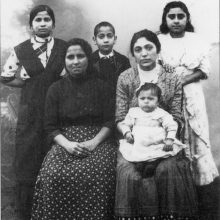 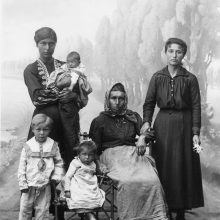 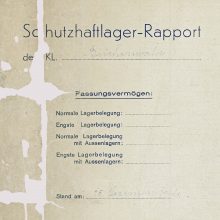 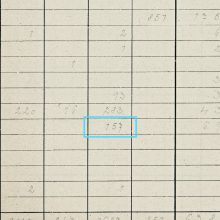 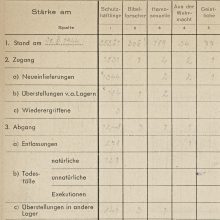 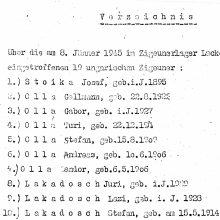 ‘List of the nineteen Hungarian gypsies from Linz/Danube who arrived at the gypsy camp at Lackenbach on 8 January 1945’ Documentation Centre Archives of the Austrian Resistance, Vienna 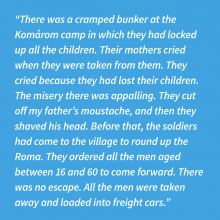 A Romni survivor from Hungary