Stereotypical ‘gypsy’ images are deeply ingrained in European culture. They are a mirror image of a country’s own ideas of values and order, manifestly reflecting Christian and middle-class virtues. As the very embodiment of the ‘outsider’, the figure of the ‘gypsy’ was (and still is) used to bolster one’s own cultural and/or national identity.

For centuries, art, literature, and science have depicted the ‘gypsy’ as the very opposite of culture and civilisation. The ‘gypsy’ also stands for a longing for an unfettered lifestyle close to nature, beyond bourgeois constraints and the upheavals of modern-day industrial society. Both the stigma of the savage and primitive and the romantic glorification have endured subliminally to this day, not least in popular culture. 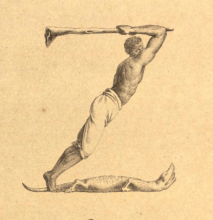 In old alphabet books, ‘gypsies’ are depicted as counter-figures to one’s own set of middle-class and Christian values. Typical defining characteristics include encounters on open country roads, ragged clothing, and soothsaying as a leitmotif. In this 1828 illustration, the ‘gypsy woman’ is depicted as an old witch. The addition of a half-naked ‘Negro’ figure slaying […] 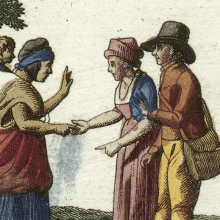 Johann Wolf’s German primer, published in Nuremberg in 1799 and entitled Buchstabir- und Lesebuch, features a similar scene, supplemented in this instance by the motif of the pickpocket. While the ‘gypsy woman’ is busy telling someone’s fortune, her oldest child is stealing from the distracted man. Pictura Paedagogica Online 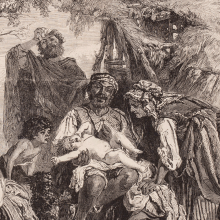 This image by Gustav Roux entitled ‘Das geraubte Kind’ [‘The stolen child’] was published in an illustrated magazine in 1861 and references a painting by H. W. Schlesinger. The notion that ‘gypsies’ steal children is a particularly powerful and enduring stereotype that is deeply embedded in European cultural history. It can be found in literature, […] 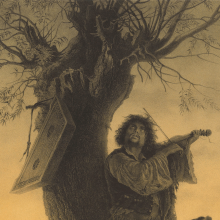 This lithograph dates from 1859 and was inspired by the Alois Schönn painting ‘Drei Zigeuner’ [‘Three gypsies’]. The motif is based on Nikolaus Lenau’s popular poem ‘Die drei Zigeuner’ [‘The three gypsies’], published in 1838. The sleeping, smoking and violin-playing ‘gypsies’ symbolise a seemingly carefree, indolent existence. The three figures also represent a counter-narrative to […] 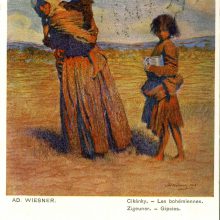 01 | The image of the ‘gypsy’ is inextricably linked with the notion of the restless itinerant nomad for whom no place is home. In painting as in photography and literature, ‘gypsies’ are depicted with tents and trailers, most often against the backdrop of the faceless vastness of a steppe landscape. Such motifs are also […]
01 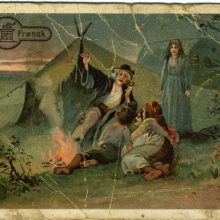 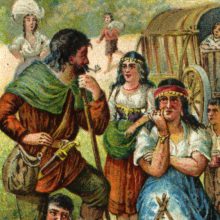 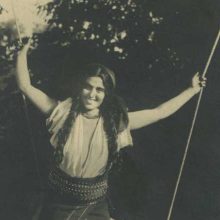 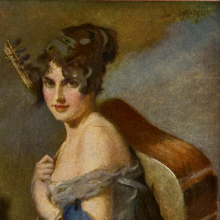 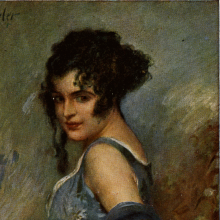 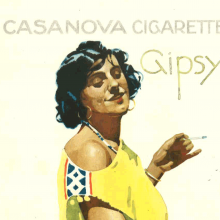 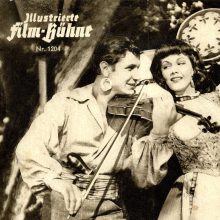 05 | The feature film Gypsy Wildcat was shot in the U.S. in 1944 and premiered in Germany in October 1951. Documentation Centre Archives
05 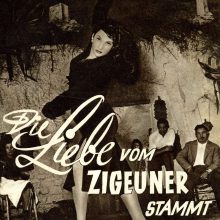