No dawning of a new era after 1989: Roma as victims of social exclusion and racist violence

Most of the Communist-ruled countries enforced a rigorous policy of assimilation with regard to the Roma minority, the prime objective being to integrate them into socialist society and the labour process controlled by the state. Within that ideology, there was no space for a minority status with special rights for the Roma, such as the right to cultivate Romani, the minority’s own language. And while some progress was made in education and health care, repressive measures such as the compulsory resettlement of the Roma and the building of tower blocks on the outskirts of large cities created potential for conflict that continues to bear down heavily on the coexistence between minority and majority society to this day.

For the Roma communities living behind the Iron Curtain, the landmark year 1989 – for all its new-found political freedoms – did not herald the dawn of a new age or a better future. On the contrary: the collapse of the socialist economic system meant that the vast majority of Roma lost their jobs in state-run industries. Their living conditions deteriorated drastically as a result. In the Länder [federal states] that were once part of Germany’s former ‘East Bloc’, social marginalisation and ghettoisation continue to impede the equal treatment of large sections of the Roma minorities to this day, depriving people of future prospects.

In many European countries, the Roma were and continue to be the target of choice for attacks or hate crimes by right-wing extremists, who go so far as to commit brutal murders. But racist violence against the Roma also stems from state institutions such as the police. And it is rare for these perpetrators to be consistently prosecuted. 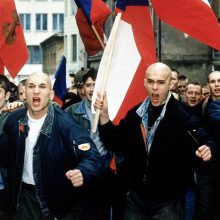 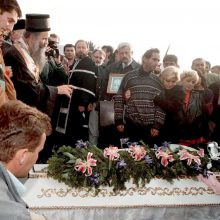 02 | The burial of 13-year-old Rom Dusan Jovanovic in Belgrade on 21 October 1997. The young boy had been kicked to death by Serb skinheads three days previously. More than 5,000 people attended the funeral and then marched in silence through the city centre of Belgrade to protest against the reign of terror by […]
02 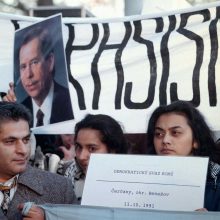 03 | Czech Roma demonstrating in the old city centre of Prague on 10 November 1997 against racism and xenophobia after a Sudanese student was stabbed to death by a skinhead. ullstein bild – AP, photo no. 00376335
03 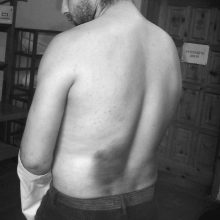 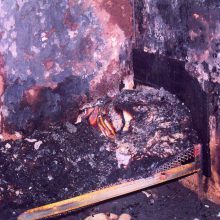 05.1 | Five members of the Fedorchenko Roma family, including three children, died after an arson attack in the central Ukrainian village of Malaya Kakhovka on 28 October 2001. According to surviving relatives and other eyewitnesses, the attack was carried out by a member of the local police force and two accomplices, who had gained […]
05.1 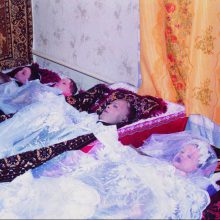 05.2 | Four of the casualties from the arson attack European Roma Rights Centre, Budapest
05.2