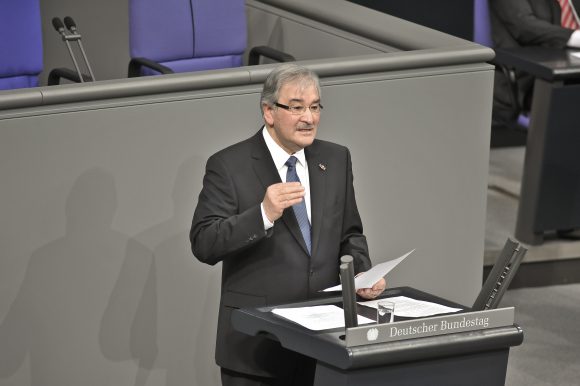 03.1 | On 27 January 2011, Zoni Weisz of the Netherlands was the first Sinti and Roma survivor to address the German Bundestag [federal parliament] on the official Holocaust Remembrance Day to the memory of the victims of Nazi Germany. His parents and three siblings were killed by the Nazis. He himself avoided deportation to Auschwitz-Birkenau in May 1944 when a Dutch police officer helped him to escape; he was seven years old at the time. He remained in hiding until the end of the war and survived.