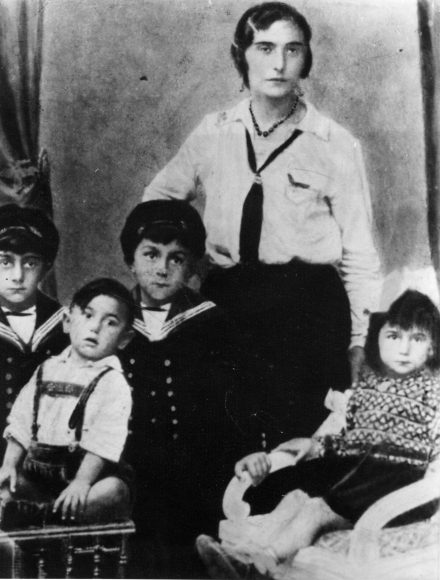 04 | Luise Herzberg with her children in Berlin in the early 1930s. The family was incarcerated in the Marzahn camp in 1936. Two of the children, Otto (front left) and Therese (right), were subsequently deported to Auschwitz-Birkenau, where Therese soon succumbed to the inhumane living conditions. The two other boys later died at Neuengamme concentration camp. Luise Herzberg was deported to Ravensbrück concentration camp. She died in 1954 from the consequences of her imprisonment.