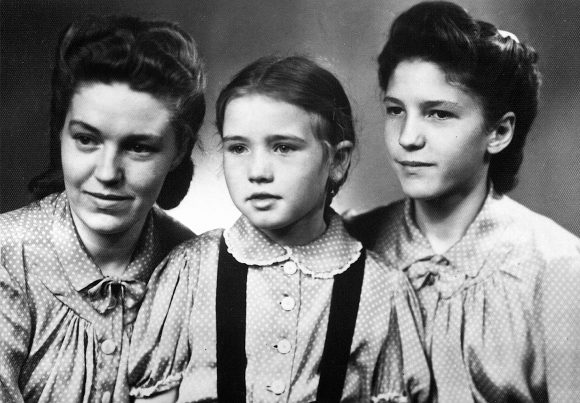 06.1 | As an infant, Else Schmidt (centre) was taken on as a foster child by a working-class family in Hamburg. Neither her foster parents nor she herself had any idea that in the eyes of the authorities her biological mother was regarded as a ‘gypsy’. The photograph shows Else with her two older sisters shortly before her deportation to Auschwitz. She survived thanks to the courageous action of her foster father, who in September 1944 obtained her release from Ravensbrück concentration camp.