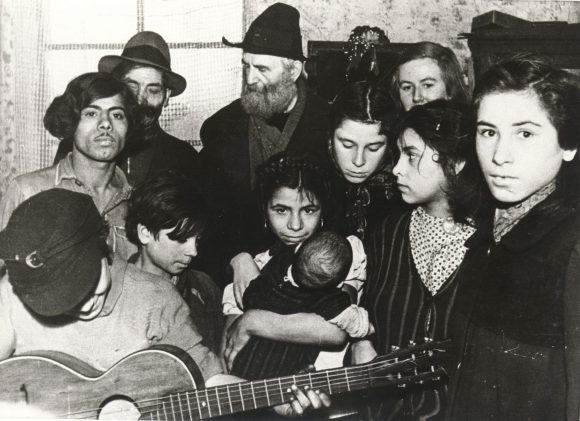 02 | Among the few supporters of the surviving Sinti and Roma was the well-known painter Otto Pankok, whose art had been declared ‘degenerate’ by the Nazi regime. Since the early 1930s Pankok had been in close contact with Düsseldorf’s Sinti community and painted numerous portraits of them. After the war he was appointed professor at the Kunstakademie Düsseldorf in 1947, and he campaigned for Sinti and Roma survivors to be recognised by the authorities as victims of the Nazi regime and be eligible for compensation. The photograph shows Pankok (at the back in the centre, with a beard) in 1948 with the Düsseldorf Sinti family by the name of Kreutz, with whom he was friends.