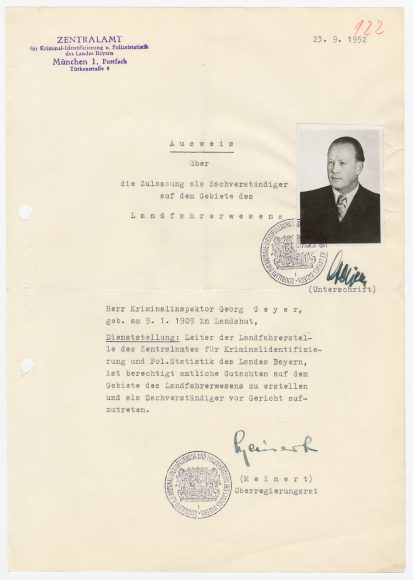 02 | In 1952 Georg Geyer was head of the ‘office for travellers of the roads’ at the Central Office for Criminal Identification and Police Statistics of the State of Bavaria, the predecessor to the Bavarian State Criminal Police Office. During the Nazi regime he had worked for the criminal police in Augsburg and Bromberg, and he had been a member of the SS since 1940. Through his ‘accreditation as an expert on matters pertaining to travellers’, he was able to testify as an expert in compensation proceedings against previously persecuted and deported Sinti.