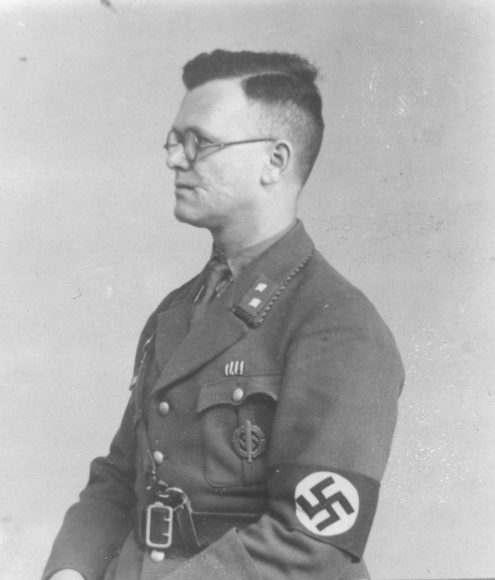 04.1 | The photo shows Paul Werner during the Nazi era wearing the uniform of the Nazi Party. Within the ‘Reich Main Security Office’, Paul Werner last held the rank of SS-Oberführer. As a proponent of the thesis that criminality was congenital, he was instrumental in formulating the concept of ‘preventive crime fighting’. This was the basis for the mass deportations of Sinti and Roma to concentration camps. In 1952 he entered the service of the Baden-Württemberg Ministry of the Interior as a senior civil servant. Four years later he was appointed as a permanent undersecretary. The following photograph was taken in 1957. Several investigation proceedings instigated against him were dropped.