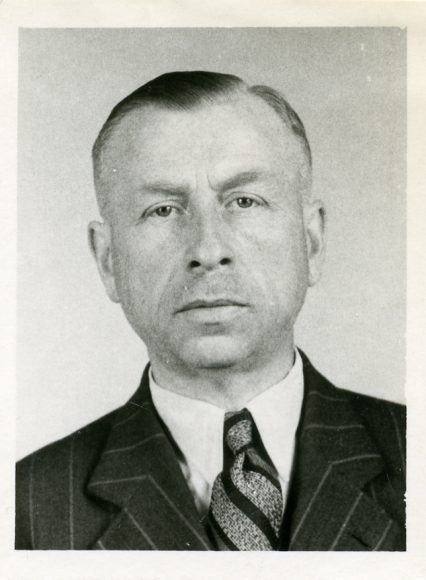 05 | Adolf Scheufele, the former head of the ‘Department for Gypsy Issues’ at the Stuttgart criminal police headquarters, had been a member of the Nazi Party since May 1933. At the denazification proceedings he was classified merely as a ‘Mitläufer’, or ‘follower’. Although he had played an important role in the deportation of the Württemberg Sinti and had personally accompanied a ‘gypsy transport’ to Auschwitz, in 1947 the personnel examination board of the Stuttgart police headquarters applied for his reinstatement as a criminal investigation secretary. He retired with the rank of detective chief superintendent. Like many former perpetrators, Scheufele was also asked to testify in Sinti compensation proceedings.