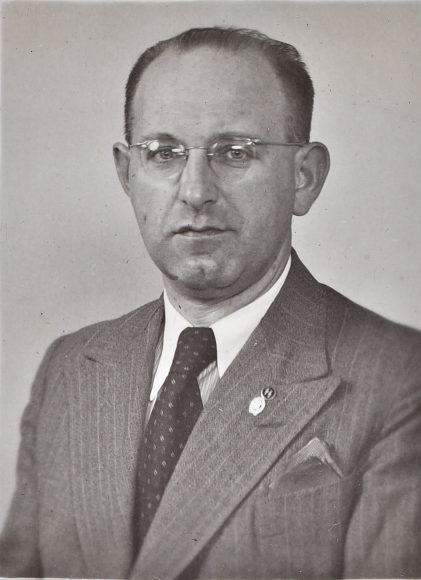 06.1 | Wilhelm Supp joined the Nazi Party and the SS in 1933; he last held the rank of Hauptsturmführer. In February 1941 he was seconded to the ‘Reich Main Security Office’ by the Nuremberg criminal police where he worked in a senior position for the ‘Reichszentrale zur Bekämpfung des Zigeunerunwesens’ [‘Reich Central Office for Combating the Gypsy Nuisance’]. This office was responsible for, among other things, organising the deportations of Sinti and Roma families to the extermination camp at Auschwitz-Birkenau, which Supp himself visited in May 1943. Supp was sent back to Nuremberg in November 1943. In the 1950s he joined the Bavarian State Criminal Police Office, where he headed the search and trace department from 1960. This department was also responsible for what was referred to as the ‘Landfahrerzentrale’ [‘central offices for travellers of the roads’], which used Nazi dossiers to record and register Sinti and Roma nationwide. In the early 1960s the Cologne public prosecutor’s office investigated Supp and his colleague Josef Eichberger for their involvement in the genocide of the Sinti and Roma. The investigation proceedings were dropped in late 1963.