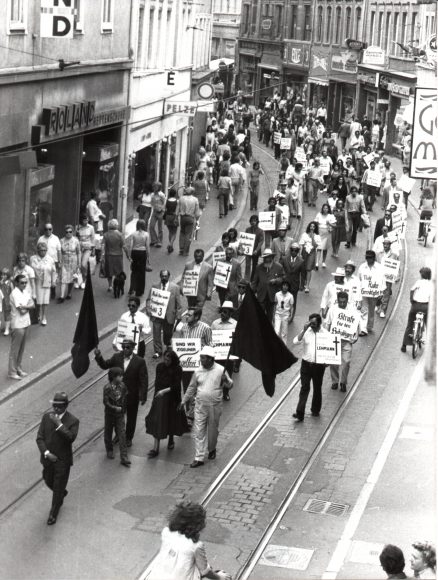 02.2 | The first political rally by German Sinti was held in Heidelberg on 18 June 1973 in response to the shooting of 53-year-old Sinto Anton Lehmann by the police on 31 May 1973. The hundred or so demonstrators called for the police officer responsible to be sanctioned and for an end to discriminatory practices. The two photos show Vinzenz Rose during his speech on the Alter Messplatz and the demonstrators marching in silence through Heidelberg’s city centre.