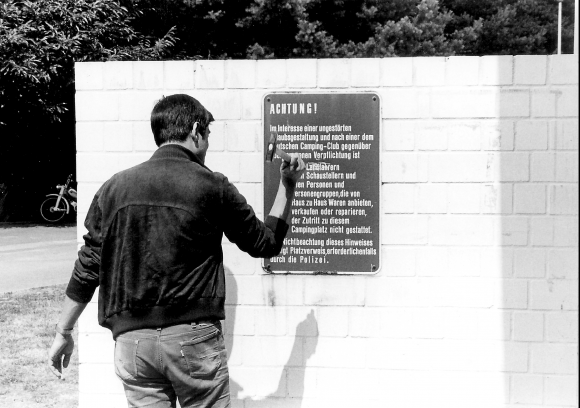 03 | In July 1979 Romani Rose, chairman of the Association of German Sinti, staged a protest to draw attention to a discriminatory sign that denied ‘travellers’ access to a campsite (Grosswelzheim near Aschaffenburg). The seemingly neutral German term ‘Landfahrer’, or ‘travellers of the roads’, was also used by the authorities and was a substitute for the historically charged term ‘Zigeuner’, or ‘gypsy’. However, its connotations were just as negative.