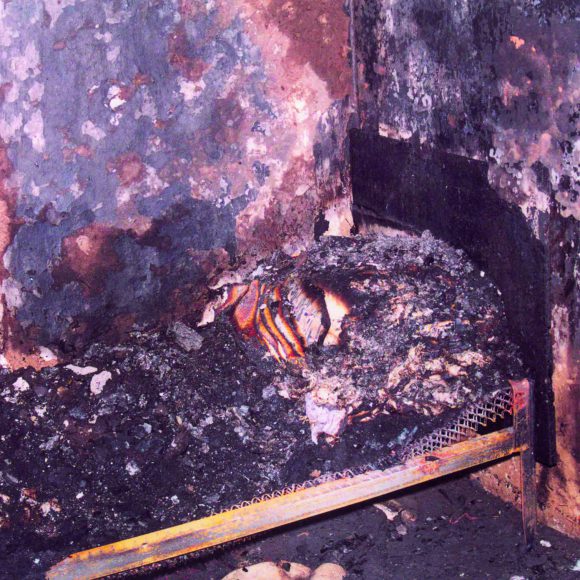 05.1 | Five members of the Fedorchenko Roma family, including three children, died after an arson attack in the central Ukrainian village of Malaya Kakhovka on 28 October 2001. According to surviving relatives and other eyewitnesses, the attack was carried out by a member of the local police force and two accomplices, who had gained forced entry into the building and set it ablaze.
The European Roma Rights Centre brought the case before the European Court of Human Rights in Strasbourg. In their judgement of 20 September 2012, the judges found that the attack constituted a form of institutional racism. They were also highly critical of the Ukrainian authorities for failing to carry out a thorough investigation of the crime. The surviving relatives were awarded compensation.

The photo shows the charred remains of the Fedorchenko family home.