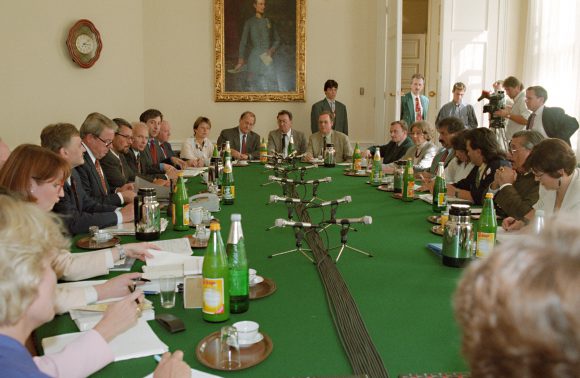 03 | The Austrian Roma were officially recognised as an ‘ethnic group’ in a unanimous resolution of the main committee of the Lower House of the Austrian Parliament on 16 December 1993. The photograph shows the inaugural meeting of the Roma Ethnic Group Council on 5 September at the Federal Chancellery with the then Federal Chancellor Franz Vranitzky. The chairman of the Cultural Society of Austrian Roma, Rudolf Sarközi, was duly elected as president of the Ethnic Group Council.