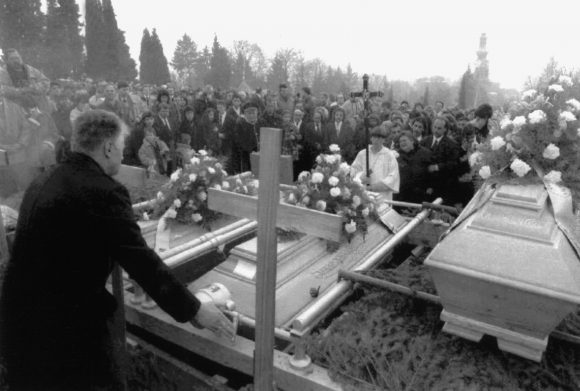 02 | The state funeral for the four murdered Roma in Oberwart on 11 February 1995 was attended by representatives of the Austrian government, the National Council (Lower House of the Austrian Parliament) and the Federal Council (Upper House) as well the government of the Federal Province of Burgenland and the regional parliament. The official eulogy was held by the Austrian Federal President Thomas Klestil. Thousands of people came to pay their last respects to the victims.