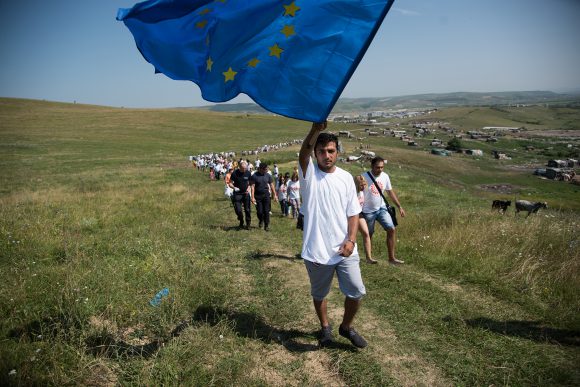 01 | Roma often become the victims of forcible state-orchestrated expulsions from their long-established neighbourhoods. The two photographs show the largest solidarity march to date for the victims of such measures; it was held in Cluj-Napoca, Romania, on 17 July 2015. On 17 December 2010, 76 families, mainly Roma, were expelled from their homes in the centrally located Coastei Street, without warning and without any legal basis. The city administration assigned them to state-financed residential estates on the outskirts, located next to a toxic landfill site. Such official practices are not only in breach of human rights, they also serve to exacerbate the minority’s ghettoisation.